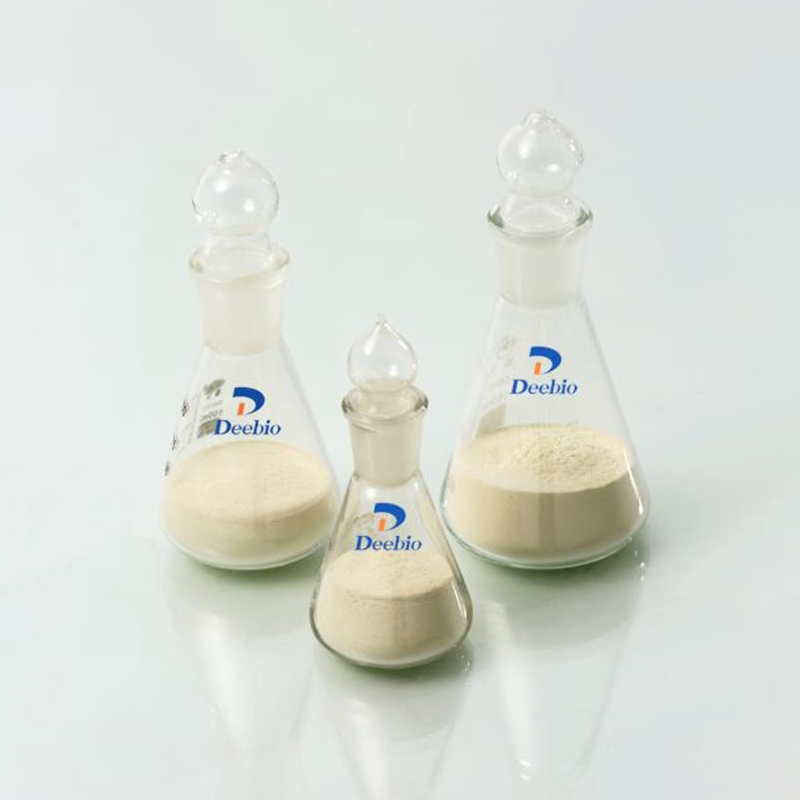 
Send email to us free sample

4. Indications and uses: It is widely used for the dyspepsia caused by over taking proteinic foods, digestive hypofunction in the recovering period and lack of stomach proteinase caused by chronic atrophic gastritis, gastric cancer and malignant anaemia.Pepsin is an enzyme that is secreted in the digestive track of mammals. It works to break down proteins into smaller peptides which can readily be absorbed by the small intestine.

5. Biochem/physiol Actions: Unlike many other peptidases, pepsin hydrolyzes only peptide bonds, not amide or ester linkages. The cleavage specificity includes peptides with an aromatic acid on either side of the peptide bond, especially if the other residue is also an aromatic or a dicarboxylic amino acid. Increased susceptibility to hydrolysis occurs if there is a sulfur-containing amino acid close to the peptide bond, which has an aromatic amino acid. Pepsin will also preferentially cleave at the carboxyl side of phenylalanine and leucine, and to a lesser extent at the carboxyl side of glutamic acid residues. It does not cleave at valine, alanine, or glycine linkages. Z-L-tyrosyl-L-phenylalanine, Z-L-glutamyl-L-tyrosine, or Z-L-methionyl-L-tyrosine may be used as substrates for pepsin digestion. Pepsin is inhibited by several phenylalanine-containing peptides.

·Comply with CP、EP、USP and customer standard

·Export to over 30 countries and regions

·Has the ability of quality system management such as US FDA, Japan PMDA, South Korea MFDS, etc.

Write your message here and send it to us